I had not the faintest bit of knowledge on Stockholm. All I knew about Sweden was blond hair and Nobel Prize. I had no idea that Stockholm was in fact a city spread across 14 islands on the Stockholm archipelago and the Baltic sea at the mouth of  lake Malaren meaning that it is surrounded by water with canals and boats and pretty harbors everywhere.

The first time I went was in September. The weather was sunny bright blue skies and the wow factor in arriving at Gamla Stan the old historic part of Sweden certainly had the wow factor. We stayed at the Victory Hotel which is a small boutique hotel that is stuffed with maritime antiques. We chose the Captains Grand Cabin which was a decent sizes room with a great bed. The area for us was perfect as it meant we could explore the medieval cobbled street and we were literally seconds away from the water .

Gamla Stan is touristy full of shops selling tat but its the perfect location for visiting the Palace , the armory and the Nobel museum. Everything in the area is in walking distant. On that first trip we took boat tours and I loved the bridges and canal tour. Its really worth doing. We also bout a hop on and off boat pass and just got on randomly at places as we liked exploring. One time we ended up in a lovely park another  time at the Vasa Museum.

This is an old ship  one of the most powerful warship in the 17th century that foundered on its maiden voyage in front of a huge audience in Stockholm. It was salvaged in the late 1950’s and it was fascinating seeing how the ship was built and its history. It was an eye opener as we really knew very little about the history and way of life.

No visit to Stockholm is complete without going to the Nobel Museum. In Gamla Stan its located on Stortorget square . Its fascinating and I bought a book which a I love going through on the dinners served over the year at the prize ceremony. With recipes and bits of history its really good. The Nobel Banquets: A century of culinary history.

I also learnt that Sweden is famous for its glass and slowly we began to appreciate the art form. Kosta Boda is the oldest glass and crystal factory in Sweden. Sweden is known for its minimalist design . We all know IKEA  and H&M but I never knew that Skype was founded by a Swede!

Our first visit made such an impression that we now regularly visit. We learnt not to go in December as its absolutely freezing. We are continually trying new restaurants and places and there is always something going on. Our favorite hotel right now is the Lydmar. We adore its location next to the grand hotel over looking the water across from Gamla Stan and the Palace. Perfect 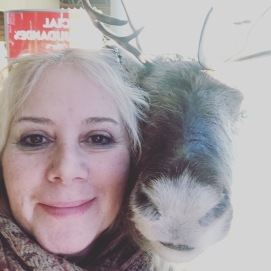 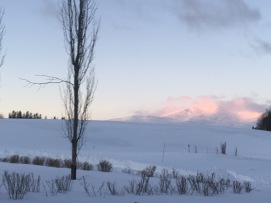