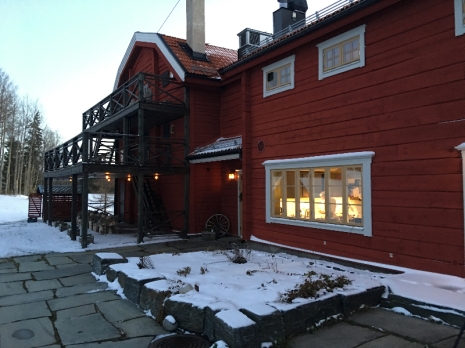 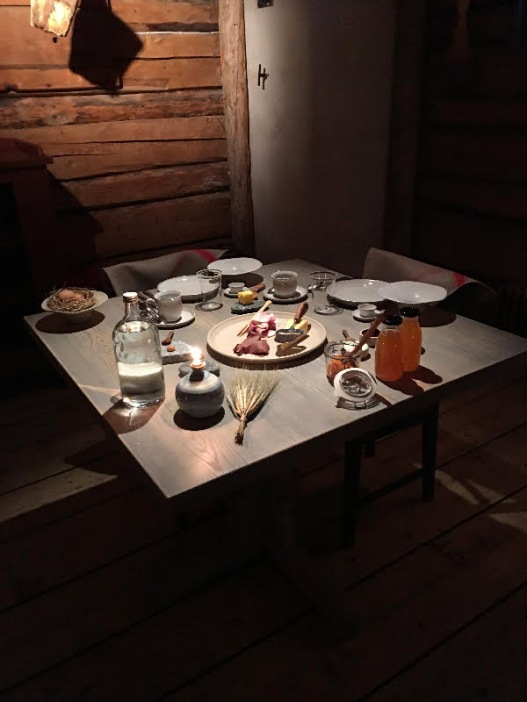 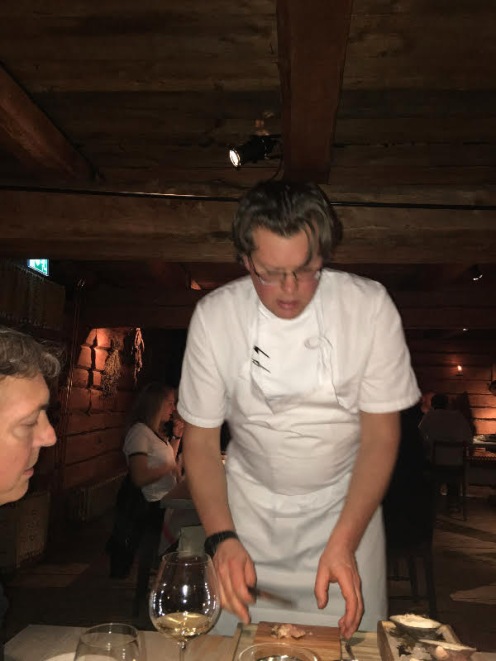 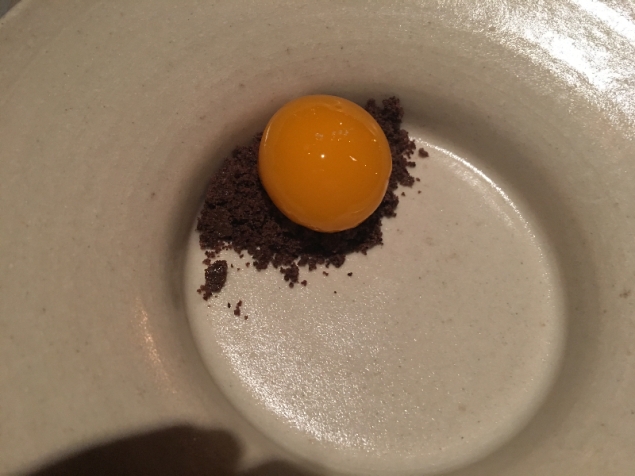 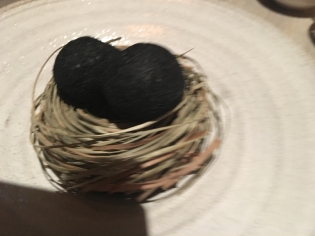 Faviken  Magasinet  is not  in anyway a typical 2 Michelin star restaurant. It  is literally in the middle of a stark wilderness .

To us  it turned out to be  more about the experience rather than the food which was of course was very clever and inventive. This was  show time. Pure  spectacular theatre. Chef Magnus Nissson is passionate obsessive and highly creative as well as inventive and  a stickler for discipline even for his guests.

The diners are participants in an elaborate show to this couture cuisine  akin to  a haut couture fashion show with each dish explained and displayed  with theatrics.

It may sound absolutely mad to travel in the middle of winter to  specifically eat a restaurant literally in the middle of nothingness, but we did.  Some of these trips to what I  call couture cuisine are an adventure  in themselves and believe me this was in every sense.

The flight to Ostersund was easy enough from Stockholm. The first thing that hits you as you step out to the tiny airport is the cold and whiteness.

Everything is white white and glittery.

The careful instructions from Faviken were very military like . Very precise much like the food we were about to experience. Where to stop and have a light lunch and to arrive at a very specific time. I am surprised there weren’t instructions as to where to take loo stops!

We drove through very stark but breath -taking scenery . It really was as if we were going to the middle of nowhere or the edge of the world. Alas we arrived early and I being rather nervous just wanted to wait in the car.  Richard would have none of that. It was well below freezing and someone did come out to welcome us and lead us in to the lodge. We were told nicely but firmly our rooms would be ready at four pm. Thankfully there was another couple there and were immediately offered clover tea or indeed anything we wanted.

The Faviken estate is made up of lodges  mostly I think for staff clustered in a snowy field.  There is an eerie beauty to it and you feel a strong sense of isolation, In the lodge its eclectic  furniture wood rugs fire cosy. As we waited patiently  with our exquisite tiny pot of clover tea we saw an array of people going up and down the stairs. All very serious and intent but friendly. It turned out to be the dining room and I guess they were preparing.

Eventually at 4 pm on the dot other couples started arriving and each was taken to their room. There are only five rooms and demand is super high with reservations taken months in advance.. The rooms here are small cosy with shared bathrooms and Sauna. All is  very well done and cosy with oddly a sense of privacy. The sauna room had clover tea which by the time we left I had become partial to. Beer, Champagne nibbles. It was all simple but effective. Our room was two single beds with a basin, and  faux chinchilla  covers . I have to say after my initial gasp at the lack of my own bathroom I embraced the whole atmosphere. Its calm peaceful and very very comfortable beds.

At 6.30 all the guest began to slowly meander in and the show began. And it was a theatrical extravagant show, In a typical mountain wooden lodge  which was  very informal and a  laid back vibe we were given a series of tiny dishes that were visually stunning with vibrant colours

a mixture of hot and cold and unusual tastes. In all honesty aside from the menu I was given the next morning I had no real understanding what I was eating. It was more like sensations of textures colours and temperatures. These were just the warm up.

We were led upstairs for the main part of the show. Again theatricals with a clap of the hand by Magnus to herald and explain the dish .

The taste and presentation was very different to anything I had experienced. Magnus is fond of pickling,  foraging and hunting from the local area and preserving and cooking in a unique way. We had a scallop on a shell rested on smoked herbs. The drama of its presentations was an Oscar winning performance as were the tiny quail eggs coated in ash and pickled marigold.

The thing with Chef Magnus Nilssons is both his passion and discipline and this is seen in both the incredible attention to detail to his food but also a very controlled environment. You have to come when you are told. There is no room for dithering. No coming down to dinner when you want. You come when you are told but strangely for us we took it with humour and in a perverse way it was oddly relaxing. However, in terms of enjoyment, for me it was more about the sensory rather than the taste. I would not have missed it for the world but do I remember the taste of any particular dish? No. Do I remember the visuality of each dish? Absolutely. Each dish was a visual delight and shown in a way I had never seen before.

The whole thing was about an overall experience.

Finally we were led downstairs again where we were treated to a series of deserts like and a vivid egg yolk preserved in syrup served on crumbs made from pine needles. All unique all a delight to the eye and pleasantly odd to  the taste.

At about midnight we staggered to our room not really sure what had hit is as this place is about sensory feelings. We slept incredibly well in our single beds and looked forward to breakfast.

This meal too was different. Eggs on straw and the most delicious raspberry tart biscuit have ever tasted.