OMG What an absolute find. This restaurant which I can’t pronounce in German is simply sensational. We had wanted to originally go to one of those really well know restaurants but at the last moment we were so so chilled in the laid back atmosphere of Nuremberg that we decided to go somewhere more informal.

Are we glad that we did. We asked Ralf at Drei Raben hotel were he would suggest that was a local cuisine of Bavaria and specifically to Nuremberg. We wanted good food not the tourist traps and he suggested Zum Flossa.

We were warned before we went that the owners of this absolutely yummy restaurant were two grumpy old ladies. In fact its a mother and 2 daughters. If they were grumpy we didn’t see that, the night we went. We managed to get the last table outside in this cosy area that was packed with locals.

There as only one waiter who was really helpful, efficient and is a masterclass on how to serve a packed restaurant superbly. For the adventurers there is a lot of local specialities the most famous being shoulder of pork as well as beef in ginger done in a very unique way.

Beware though if you are vegan as there is nothing there suitable . We were lucky as a one of the specials was an absolutely delicious mind blowing dish of the creams mashed potatoes served with chanterelle mushrooms in a light creamy sauce that was pure heaven. I don’t know how they did it but it was seriously the best I have ever tasted and I have tasted quite a few.

this restaurant is owned by a mother and her two daughters with the mother and elder daughter taking turns to cook. I have tried both and both are excellent. Apparently they have a reputation of being grumpy. Well one of the daughters was anything but. We had asked for a local red wine but were initially offered an Italien which we said ok to as they had no local ones according to the waiter. However, she then came out and said no they had and would we like some. to me that really is what good service is about.

More about the food. I had a fillet steak that was perfectly cooked in a green pepper cognac mustard sauce served with green beans and Tagliatelle. It was beyond sublime. It was one of the best steaks I have had. I think the key here is simple food, in season , locally sourced and cooked to order.

The mother came out to the small  courtyard where the outside tables were laid. She was a big germanic woman and clearly known to the locals. Carrying a glass of wine she emerged and perused her very happy clientele. Its very much a family owned and run restaurant with great food.

I loved this place, its atmosphere simplicity great service. There was absolutely nothing I could fault. 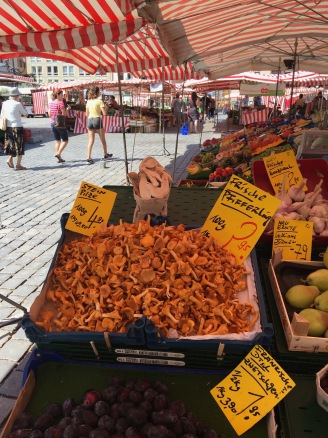 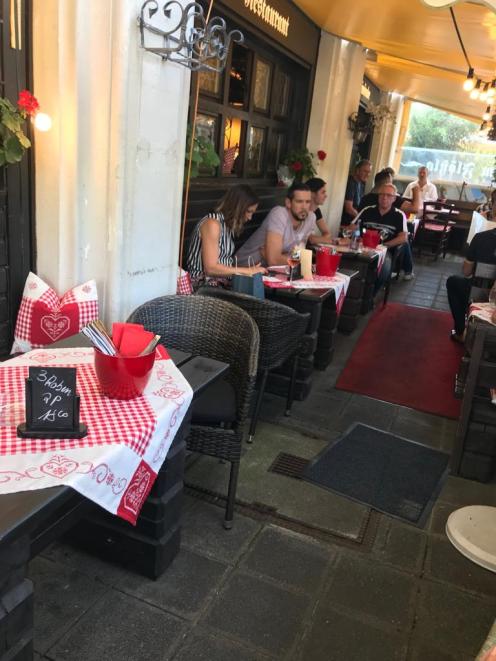 In fact it was so good we went again the next night and were welcomed as long lost friends. The food was just as great and I hope that we will get the chance to come again.

One of the sisters